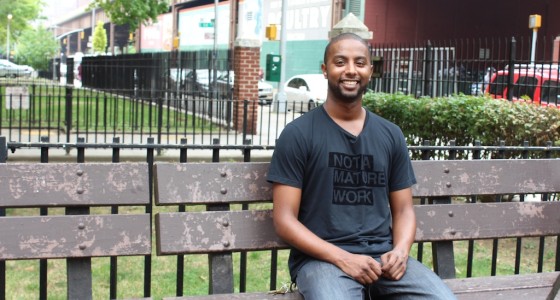 On Park Avenue in Spanish Harlem, there’s a voodoo botanica and a towering housing project. Every 4 minutes, Metro-North roars past on an elevated track. Tucked under those tracks is Hot Bread Kitchen in the abandoned La Marqueta, a historic Hispanic marketplace. HBK, a food incubator, supports low-income immigrant bakers by providing them with kitchen facilities, mentorship, and a business network.

Yet Hiyaw Gebreyohannes, a recent HBK grad, is not your typical immigrant—nor your typical baker. Ethiopian by way of Canada and Michigan, he came to New York with an entrepreneurial vision and looks the part in his wry t-shirt and hipster sneakers. He does bake injera, a fermented flatbread staple of Ethiopia, but he’s also developed an entire line of prepared foods, Taste of Ethiopia, which has caught on in New York City and is poised to keep expanding. For all his ambition, Hiyaw prefers not to self-promote and gets self-deprecating when he does. A charismatic guy, he’s got a darling demeanor and a gigantic smile. Still, he gets nervous when you ask what the name Hiyaw means.Hiyaw was born in the Djibouti desert while his family fled the Ethiopian Civil War. Days before his birth, nomads robbed his parents. Normally jocular, he quiets down: “As I was told, I was not supposed to make it.” So his parents named him Hiyaw, which means ‘immortal.’ But, he says, “that’s a heavy name.” 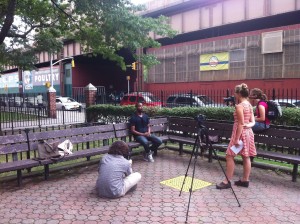 That’s the thing that terrified me. I’m an introvert, though nobody around here believes it. I suspect that’s because I’m bubbly and Southern, a veritable social butterfly by stoic Yankee standards. But even Southern charm doesn’t cure my fear of awkward silences. In college seminars, I gave myself jitters mentally rehearsing my comments before I’d dare speak up. Interviews, however, laugh in the face of plans. The best interviewers, I’m told, get nice and comfy with silences, since that’s when interviewees tend to offer their most candid remarks. Yet our trio consists of Thomas the Radio Whiz, who was a natural for audio, and Courtney the Aesthetic Mastermind, who mercifully stepped up to film. That left me, the Bubbly Southern Belle, as interviewer. Thomas and Courtney seemed to think this was a good idea, though I was unconvinced.

My nerves dissipated once I shook Hiyaw’s hand. He opened up, making a case for injera to break into the mainstream (he uses it to make chips or PB&J). The train passed every 4 minutes, and I made friends with the awkward silence it imposed. In the quiet intervals, Hiyaw recounted childhood memories from his mother’s kitchen and spoke about the potential he saw in his food as a way of advocating for Ethiopia. We discussed injera and then we pressed on. An interview, after all, is just a recorded conversation. You get it right not by forging a preconceived script but by listening for the story and letting it take you—a perfect job for an introvert.

Both photos courtesy of Mackenzie Smith.